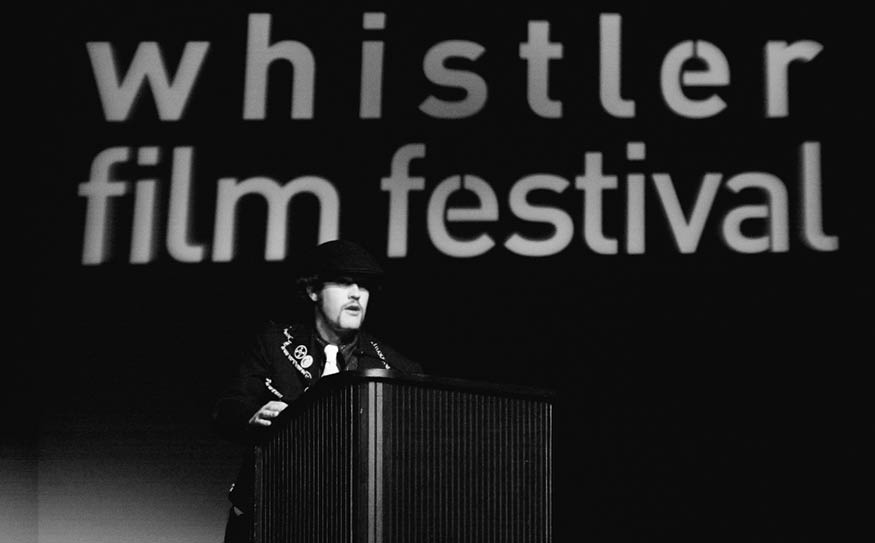 The Whistler Film Festival is just around the corner, and you won’t want to miss out!

From December 3 through December 7, Whistler will become a hot spot for lovers of all things film – expect to trip over a red carpet or two, and don’t be surprised if you spot a few celebrities at the local watering hole.

We’ve got everything you need to know to enjoy the 14th annual Whistler Film Festival – read on!

The spirit of the Whistler Film Festival is to celebrate, promote, and develop a strong film industry in Western Canada. This means that you’ll see some incredible films made just beyond our own backyard. You’ll also see plenty of Canadian and international films at the box office.

There are nearly 100 events to catch at this year’s WFF, so needless to say, no matter your taste in films, there’s definitely something out there for you. You’ll also want to do some research before committing to tickets.

There’s more to the Whistler Film Festival than popcorn and movie watching. The Whistler Summit is an industry event that runs alongside the festival. The Summit connects filmmakers and dealmakers from across the globe. For instance, the “State of the Industry” events offer an opportunity to discuss the many ways the industry is evolving, from content creation to distribution. Workshops, labs, and competitions are all part of the event roster.

There’s a competitive element to the Whistler Film Festival: all films featured at the festival are eligible to win some major prizes, including the Borsos Award for Best Canadian Feature (a $15,000 cash award), the World Documentary Award, and the highly coveted Audience Award.

This year, films will be screening at four different venues across Whistler: the newly renovated Rainbow Theatre, the Whistler Conference Centre, Millennium Place, the Squamish Lil’Wat Cultural Centre, and Village 8 Cinemas. Which venue is the best? You’ll have to check out a movie at each and let us know!

Keep your eyes peeled for celebrities – you never know who you might bump into this time of year! Check out this year’s Tribute honouree, Kim Cattrall (of Sex and the City fame). You can also scope out celebs on the mountain: Jason Priestley and Rachelle Lefevre are both competitors in this year’s Celebrity Challenge Ski Race.

Check out the Whistler Film Festival’s virtual box office to pick up tickets to events and screenings. Film buffs might want to look into Festival Passes for an all-you-can-see ticket throughout the fest. Don’t forget to scope out tickets to special events, like the Career Achievement Conversation with Don Carmody.

One of the films we’re the most excited about was made right here in Whistler. Snowman will be making its world premiere at the festival’s closing, and locals are already buzzing with excitement about this Whistler lifestyle documentary. Directed by local legend Mike Douglas (the godfather of skiing, as he’s known around here), this film highlights both the beauty and dangers of the mountains. We can’t wait!