WREC at 40: Things That are Younger Than Whistler Real Estate 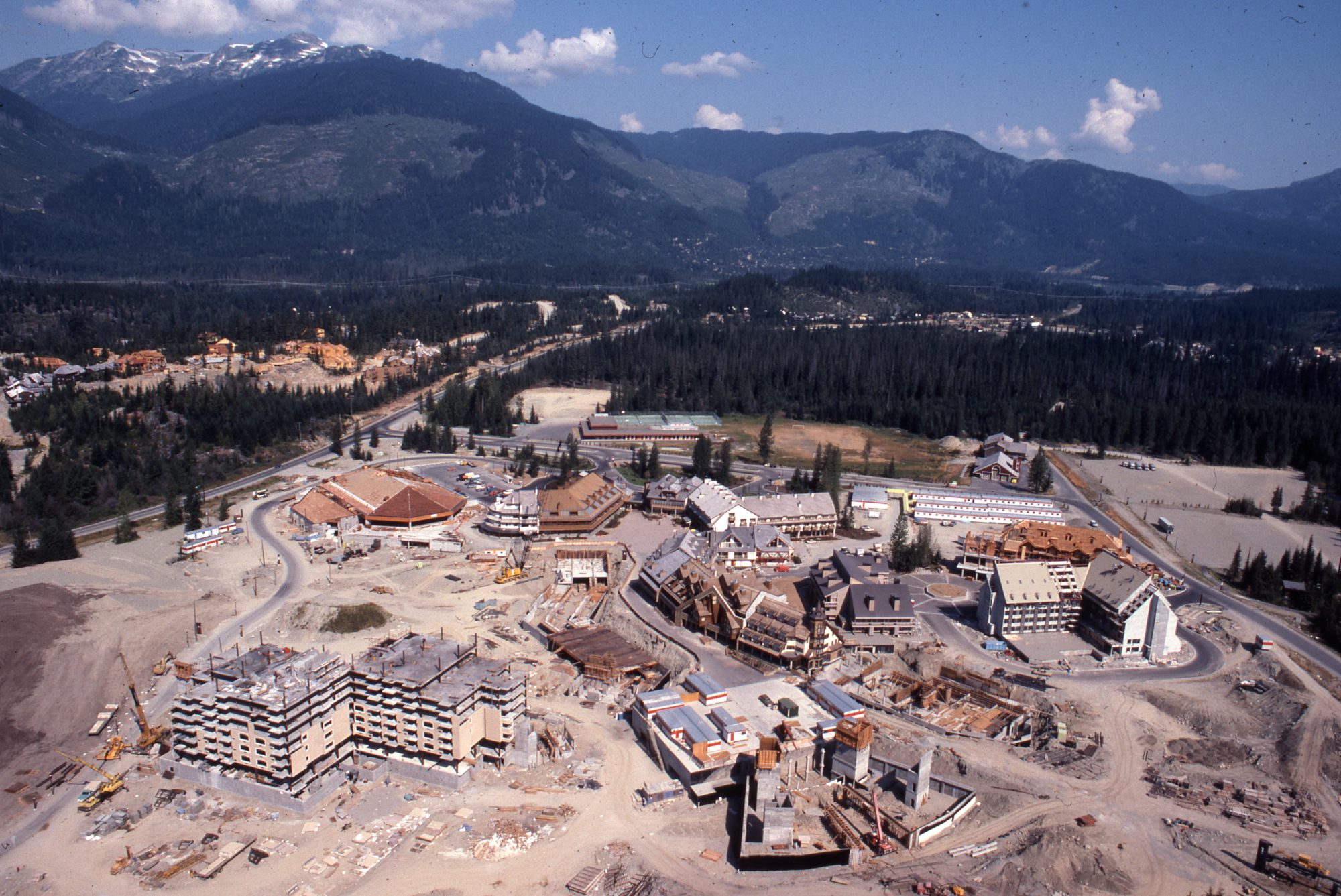 This year we are celebrating our 40th anniversary! The Whistler Real Estate Company began life in 1978 in a trailer in Creekside. From there we have grown into Whistler and Pemberton’s number one real estate selling company.

As part of our 40th anniversary we’ll be taking a look at how Whistler and our company has grown over the past 40 years. In the first part of this blog series we take a look at things that are younger than WREC!

Believe it or not we are actually older than the Whistler Village itself! Construction on the new town centre, which later became the village only began in 1978. Prior to that the main hub had been located in Creekside.

On August 21, 1978, the newly incorporated Whistler Village Land Corporation broke ground across the street from the original Myrtle Philip School. Invitations to bid went out shortly after that, including Tapley’s Pub, the Hearthstone, and the Fitzimmons condos.

Construction proper began in the spring of 1979 and by the summer of 1980 the village was a major construction site. The majority of the work was finished by the following year, and initial work began on Whistler’s newest hotel, Peter Gregory’s Mountain Inn, later known as the Delta Mountain Inn and operating today under the Hilton brand.

As construction was well underway on the village, Blackcomb Mountain opened for skiing on December 6, 1980.

In addition to the lifts on Blackcomb, three new triple chairlifts were added to Whistler Mountain to ensure guests could have easy access from the new village. Olympic, Village, and Black Chairs met up with the top of Orange Chair at the top of the men’s downhill course.

The original Whistler base at Alta Lake started being referred to as Whistler Creek, or Creekside, after the creek that runs through the area. 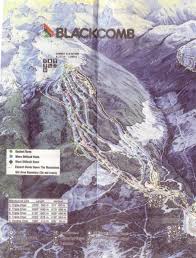 With Whistler and Blackcomb Mountains owned by separate companies and competing with each other, Whistler responded in 1986 with the addition of Peak Chair.

The lift was added to the summit of Whistler Mountain at 7,160 feet (2,180m). Although not as high as 7th Heaven, it opened up a huge amount of alpine terrain, and allowed access to the Harmony Bowl area. This addition made Whistler the largest alpine ski area in North America.

At this time skiers could buy a Blackcomb pass, a Whistler pass, or a Dual Mountain pass. Locals loved when tourists would ask “Where is Dual Mountain?” 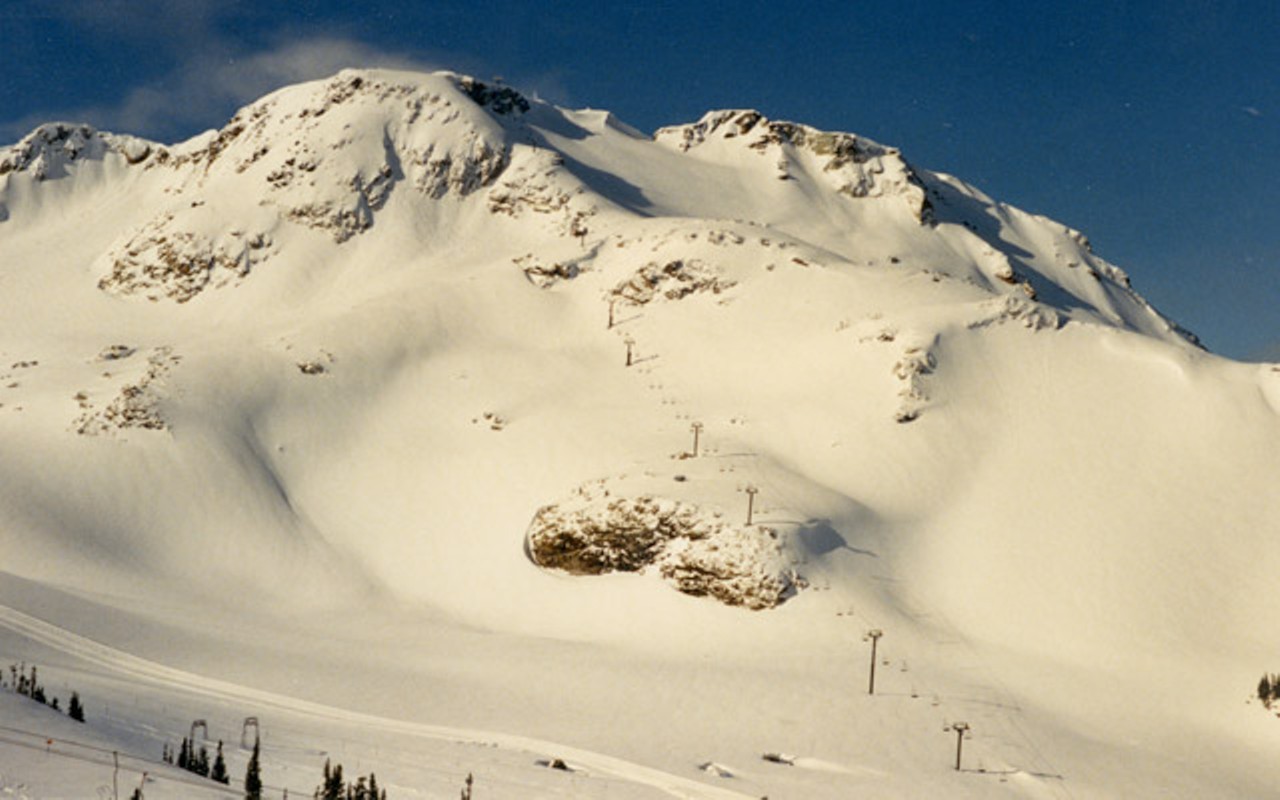 The summer of 1999 saw the official opening of the Whistler Mountain Bike Park. This lift-assisted network of trails quickly became arguably the world’s best mountain bike park and saw a new wave of visitors interested in the area.

As the sport continued to grow the park expanded and more trails began emerging in the Whistler Valley as well. 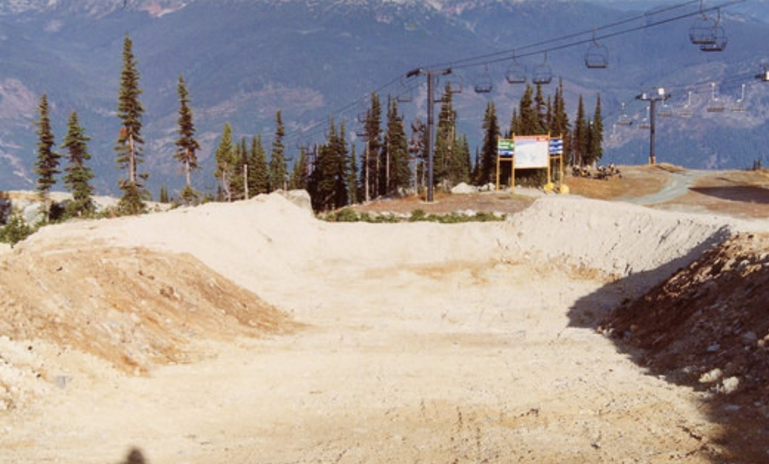 In 2008 Whistler Blackcomb undertook one of its most ambitious projects yet, with the linking of both peaks. The new PEAK 2 PEAK Gondola became a record-breaking lift that allowed skiers and snowboarders faster access to the award-winning terrain on both mountains. 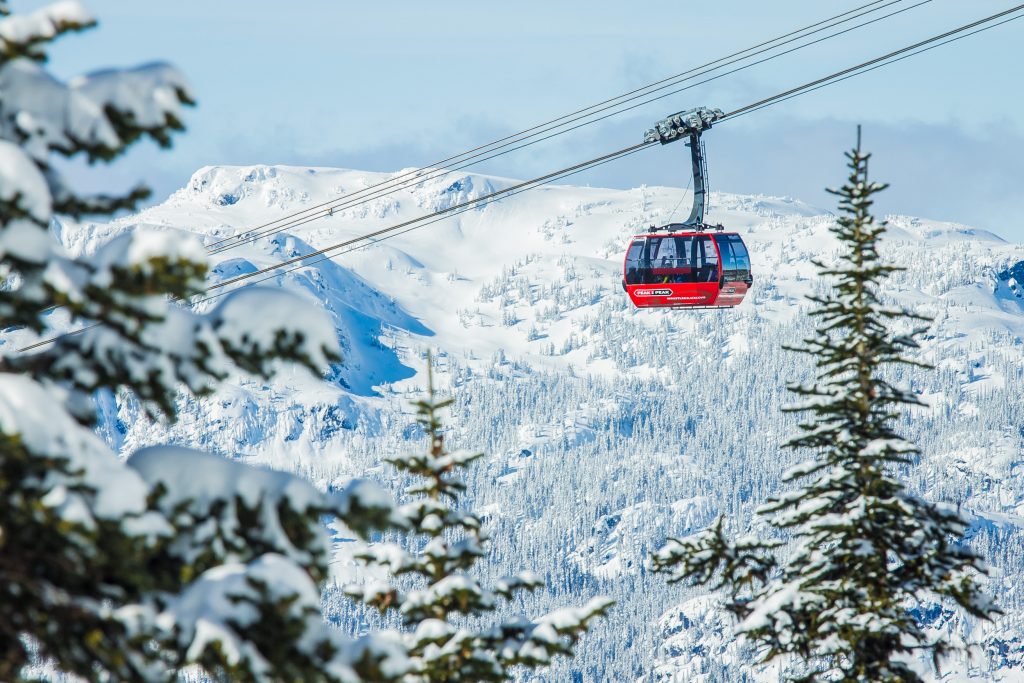